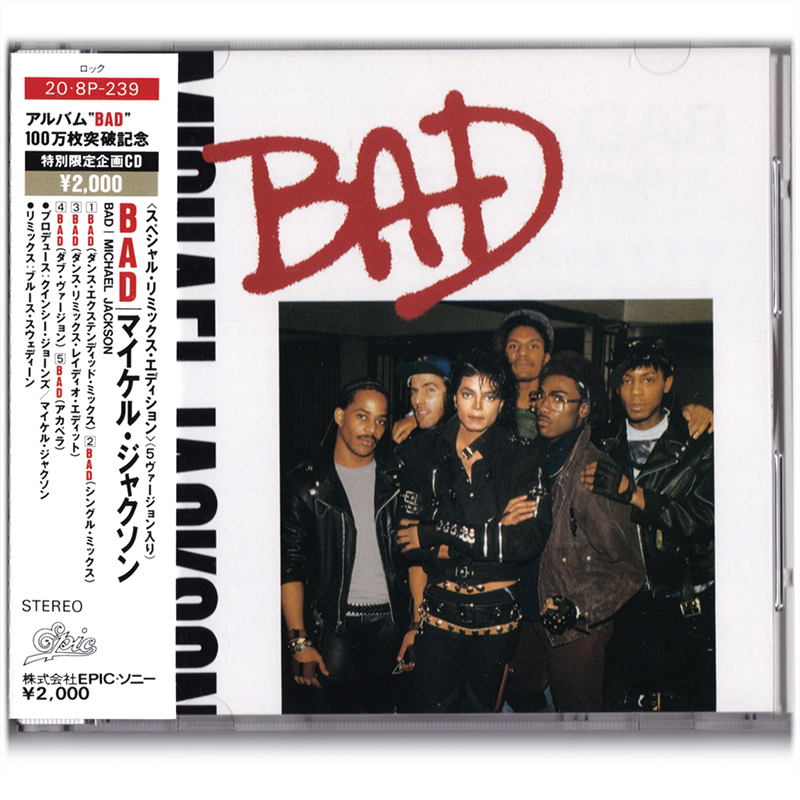 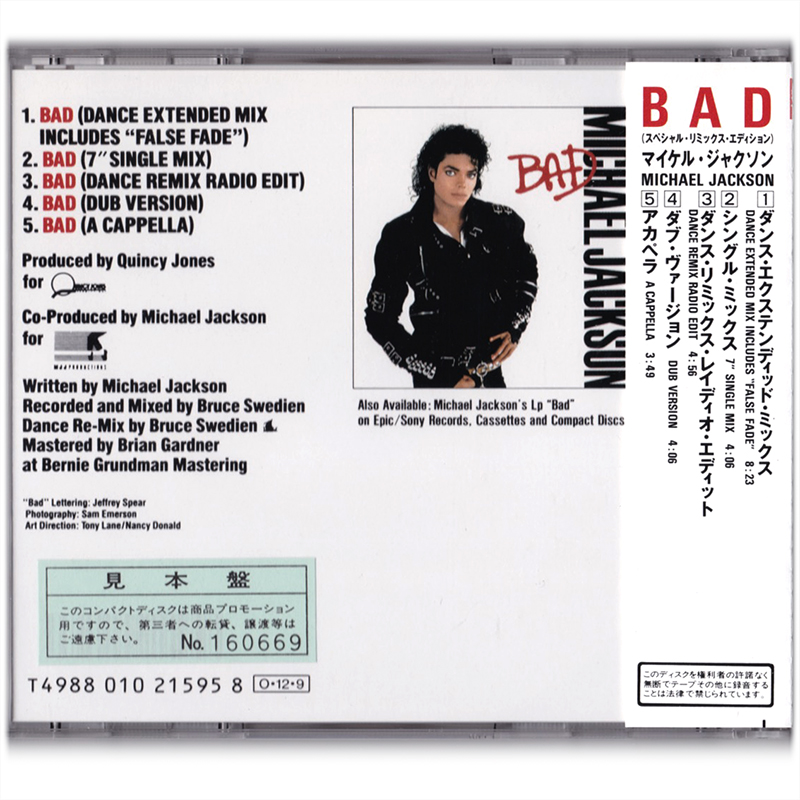 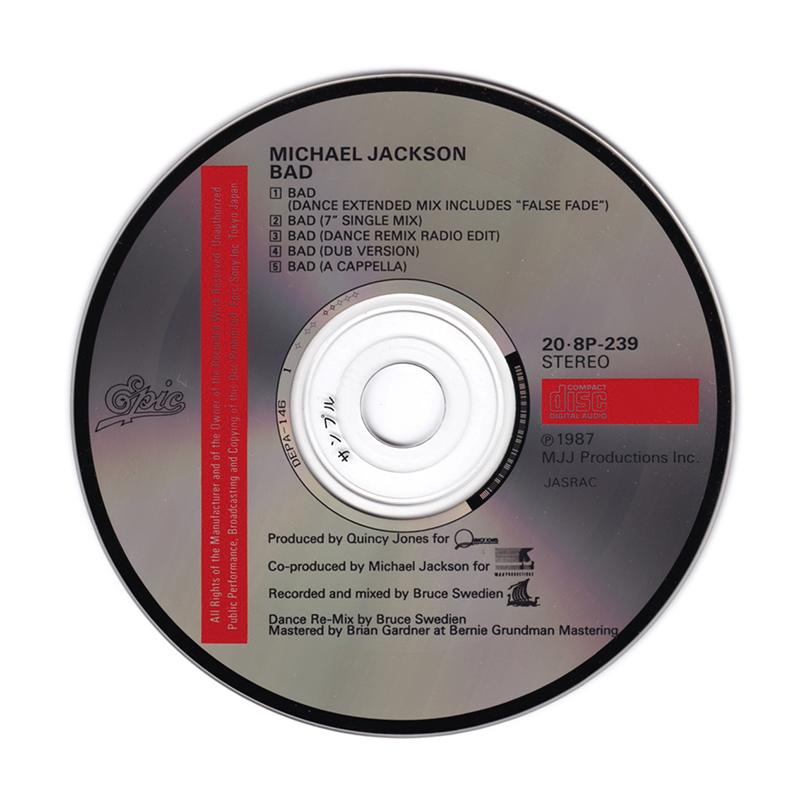 "Bad" was released by Epic Records on September 7, 1987 as the second single from Michael Jackson's third major-label and seventh studio album of the same name. The song was written and composed by Jackson, and produced by Quincy Jones and Jackson. Jackson stated that the song was influenced by a real-life story he had read about, of a young man who tried to escape poverty by attending private school but ended up being killed when he returned home. "Bad" received positive reviews, with some critics noting that "Bad" helped give Jackson an edgier image. It reached number one on the Billboard Hot 100, and remained there for two weeks, becoming the album's second number one single, and Jackson's eighth number one entry on the chart. It also charted on the Hot R&B Singles, Hot Dance Club Play and Rhythmic chart at number one. "Bad" is certified Platinum by the Recording Industry Association of America (RIAA). Internationally, the song was also commercially successful, charting at the top of the charts in seven other countries including Ireland, Italy, Norway, Spain and the Netherlands as well as charting in the top ten in Australia, Austria, France, Germany, New Zealand, Switzerland, Sweden and the United Kingdom. The short film for "Bad" premiered in a TV special, Michael Jackson: The Magic Returns, on CBS during prime time on August 31, 1987. It was directed by Martin Scorsese and co-starred Wesley Snipes in one of his first appearances.