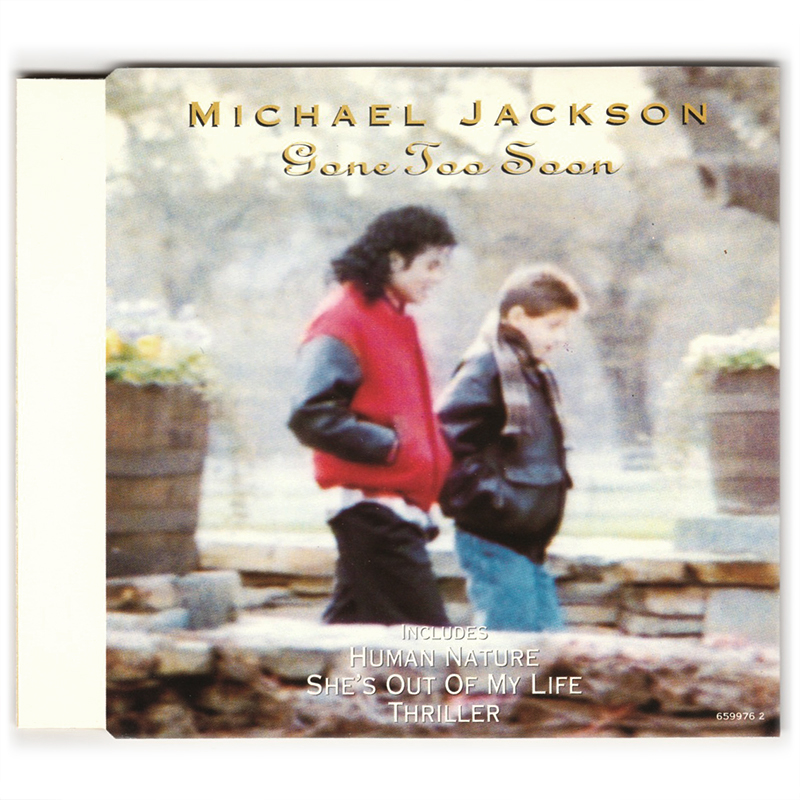 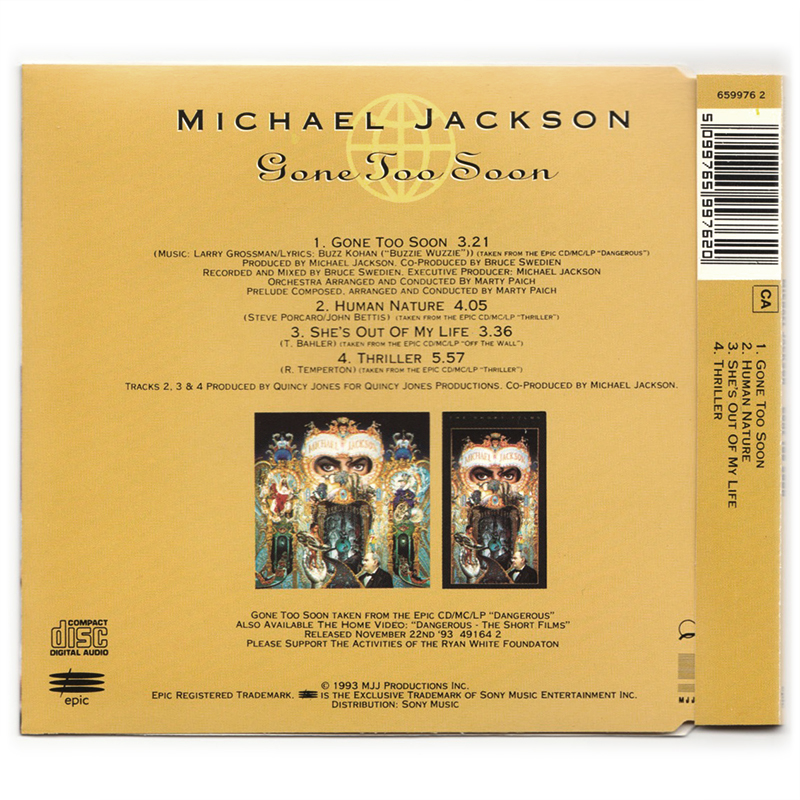 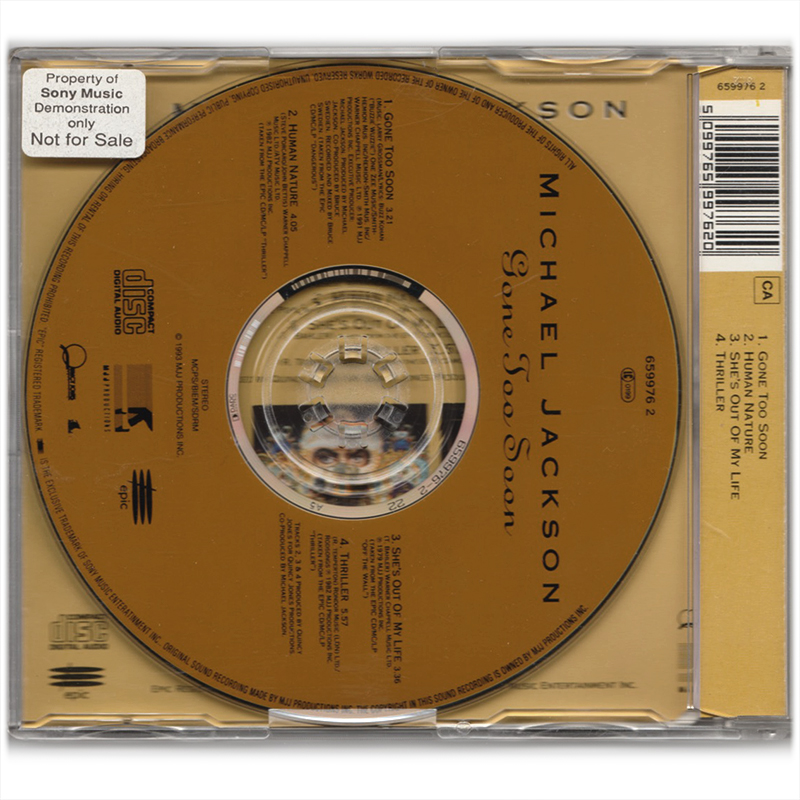 "Gone Too Soon" was written and composed by Larry Grossman and Buz Kohan. Dionne Warwick first performed (but never recorded) the song in February 1983 on a TV special as a tribute to many performers. Later on the same day, Jackson called Kohan explaining he had wept while watching the performance and that he felt he wanted to record it some day. Jackson's version of "Gone Too Soon" was dedicated to the memory of Jackson's friend Ryan White, a teenager from Kokomo, Indiana who came to national attention, after being expelled from his school for having HIV/AIDS. This version was produced by Jackson and co-produced by Bruce Swedien for Jackson's eighth studio album, Dangerous (1991). The song was also mixed by Swedien, and featured instrumentation by artists such as David Paich, Steve Porcaro, Michael Boddicker, Abraham Laboriel and Paulinho Da Costa. The song was released on December 1, 1993, as the ninth and final single from the Dangerous album. In January 1993, a live performance by Jackson at Bill Clinton's inaugural celebration also served as a promotional platform, for both the song and AIDS-related funding. "Gone Too Soon" later received more exposure, following the deaths of both Diana, Princess of Wales, and Jackson himself.