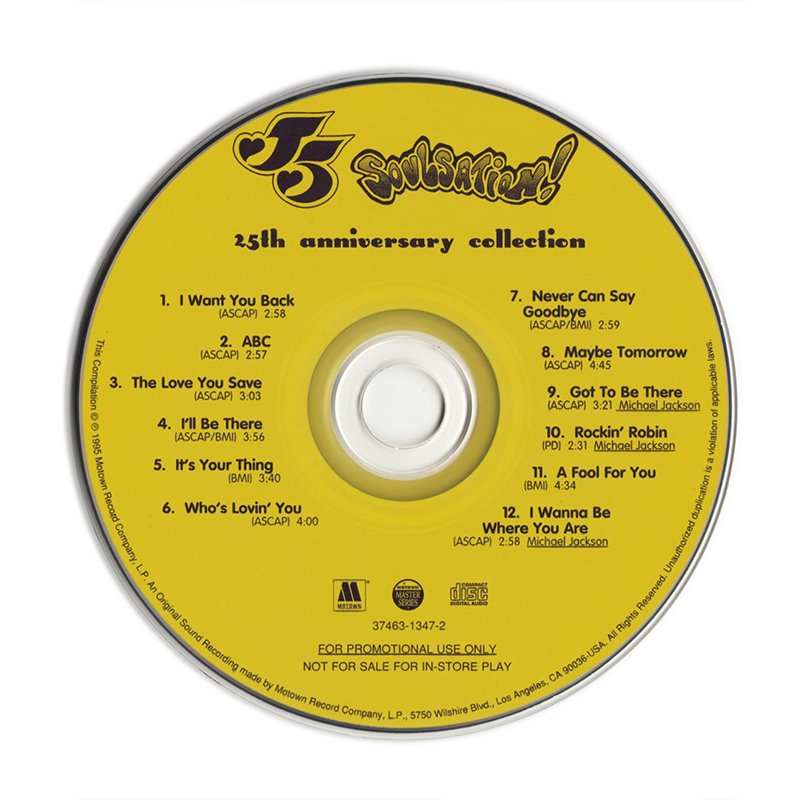 Soulsation! is a set of music recorded by The Jackson 5 during their tenure at Motown Records from 1969 to 1975, when they left Motown for CBS Records. The box set was released in 1995 to celebrate the 25th anniversary of The Jackson 5 becoming the first group to have its first four singles go straight to #1 on the Billboard charts. Soulsation! included an introduction from the group's youngest sister Janet, liner notes from David Ritz and an essay from the brothers' first producer, Bobby Taylor. The fourth disc features 17 previously unreleased songs, most recorded from mid-1969 to early 1972. The set also includes solo numbers from brothers Michael, Jermaine, and Jackie. Songs from all of The Jackson 5's studio albums from 1969 to 1975 are included here, as well as half of the 1976 album of unreleased material Joyful Jukebox Music (though nothing from the similar Boogie album of 1979 and no live recordings). ABC (1970) and Skywriter (1973) are the two most prominent albums, both having seven tracks on Soulsation!. The Jackson 5 albums with the fewest songs included are Jackson 5 Christmas Album (1970) and Maybe Tomorrow (1971), with two and three tracks respectively. The only solo Jackson albums not represented from that time period are Jermaine Jackson's Come into My Life (1973), and two from Michael Jackson - Music & Me (1973) and Farewell My Summer Love, which although released by Motown in 1984, was actually recorded in 1973.