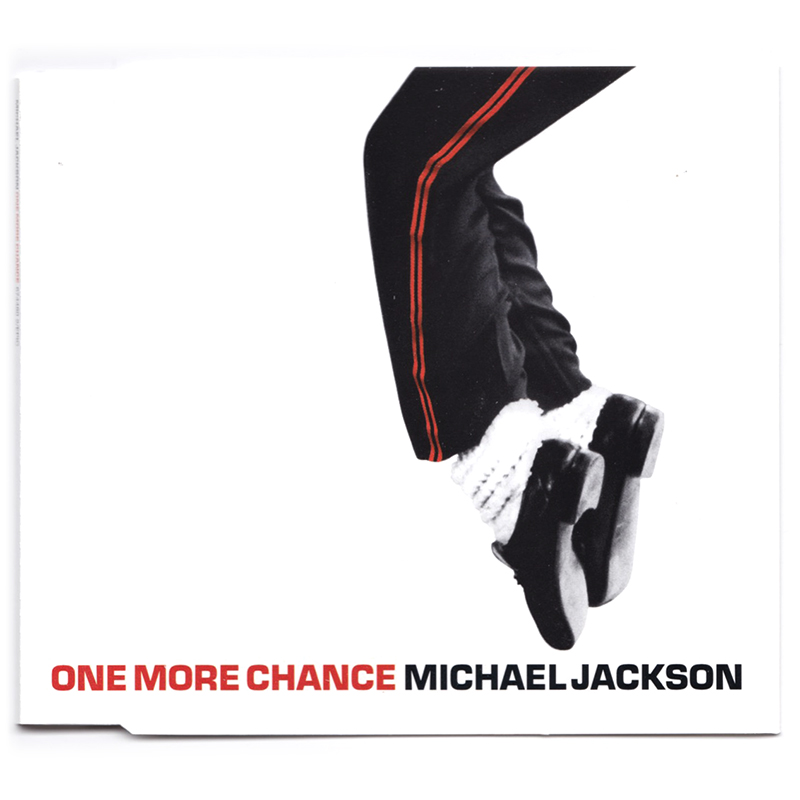 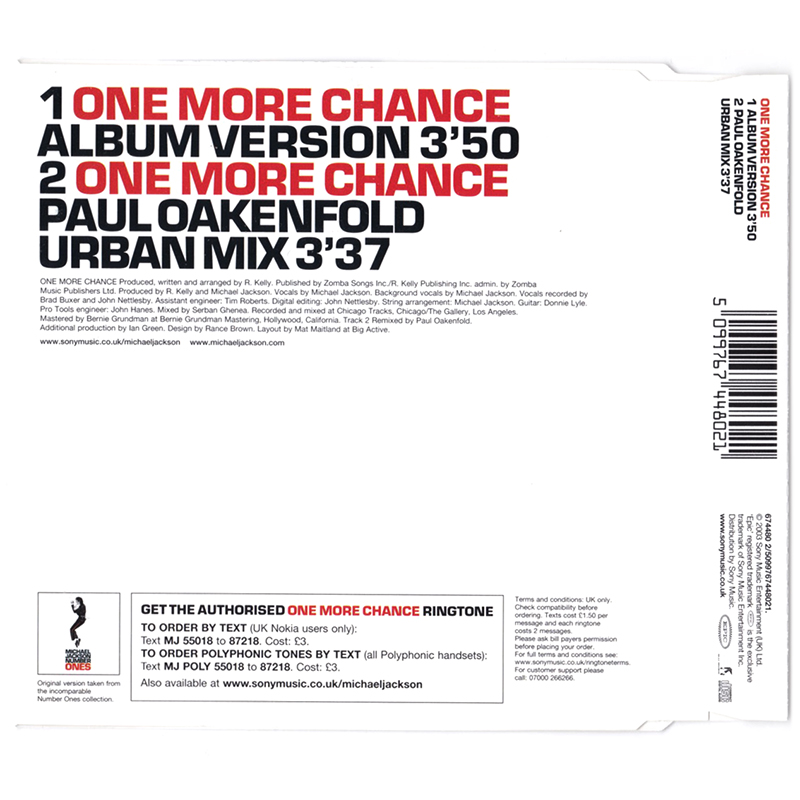 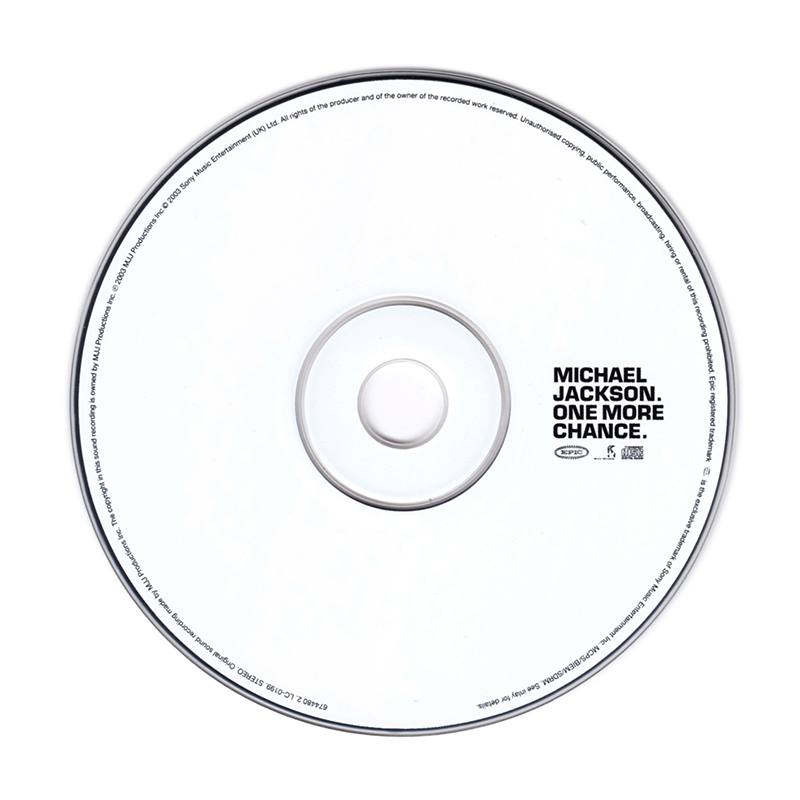 "One More Chance" was written by R. Kelly and co-produced by Michael Jackson and Kelly for inclusion on the compilation album Number Ones, released in 2003. The song was later included on the Australian, French, Swedish and Indonesian editions of King of Pop and the Japanese limited edition of The Ultimate Collection box set. It was released on November 20, 2003, following the release of Number Ones by two days. "One More Chance" was the last original single released during Jackson's lifetime. It received a positive reception from music critics and reached the top ten in Italy and the United Kingdom, reaching number 5 in the UK. The song also managed to reach the top 30 in Germany, the Netherlands, and Switzerland, and peaked at number 83 on the US Billboard Hot 100.