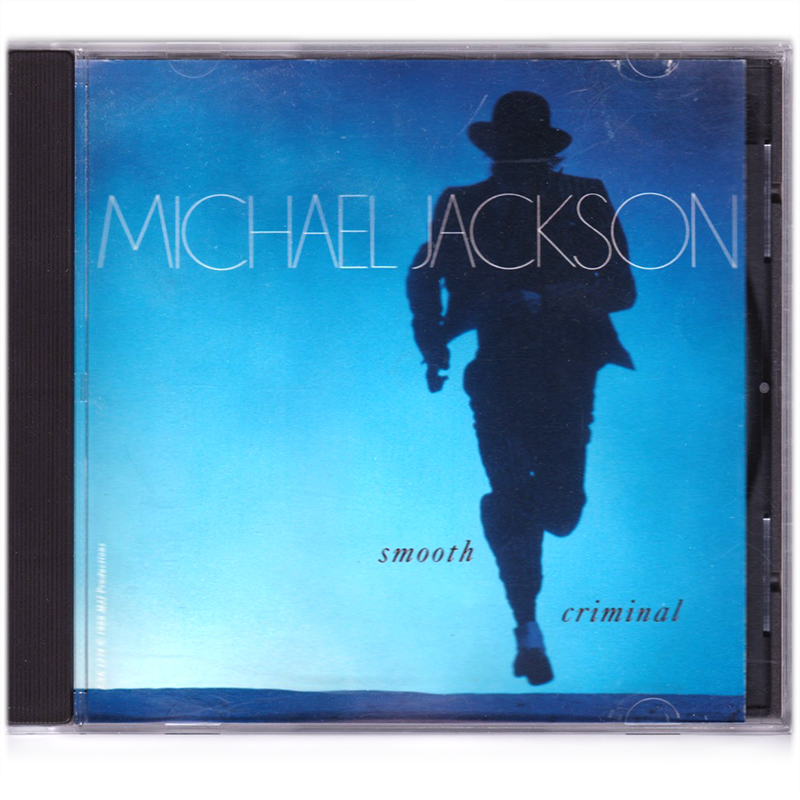 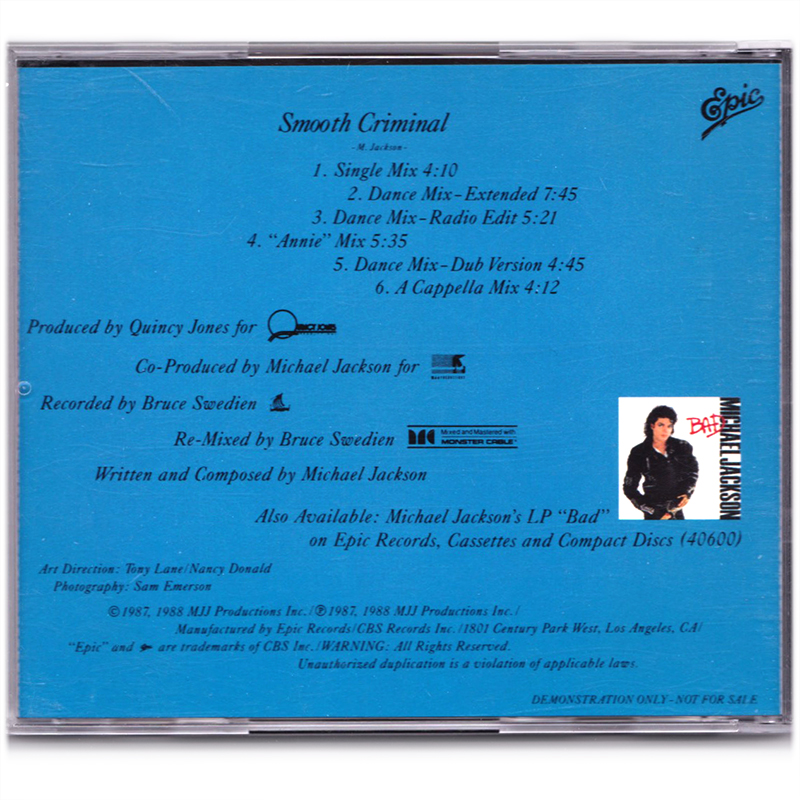 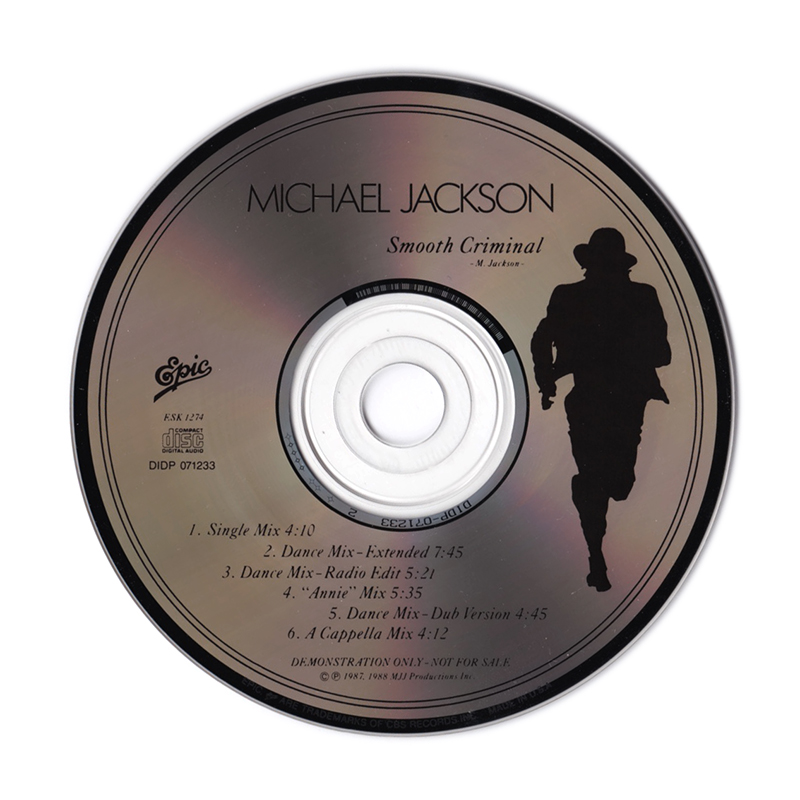 "Smooth Criminal" was written and composed by Michael Jackson, and produced by Jackson and Quincy Jones. It was released as the "Bad" album's seventh single on November 14, 1988. It features a fast beat with lyrics about a woman who has been attacked in her apartment by a "smooth criminal".  "Smooth Criminal" peaked at number seven on the Billboard Hot 100, becoming the sixth top 10 single from Bad. It also peaked at number two on the Billboard Hot Black Singles chart. It is certified 2x Platinum by the Recording Industry Association of America (RIAA). The song reached number one in Belgium, Iceland, the Netherlands and Spain. Though "Smooth Criminal" was not one of the Billboard Hot 100 number-one singles, in retrospective reviews it has been regarded as one of the best songs on Bad and one of Jackson's signature songs. The music video for "Smooth Criminal" premiered on MTV on October 13, 1988. The video is the centerpiece of the 1988 film Moonwalker. The 1930s influenced setting and Jackson's white suit and fedora pays tribute to the Fred Astaire musical comedy film The Band Wagon. Rolling Stone ranked the song sixth on their list of the 50 Best Michael Jackson Songs, writing that it was "his best blend of R&B groove and rock edginess, and a turning point in his shift toward darker, harder-edged material".