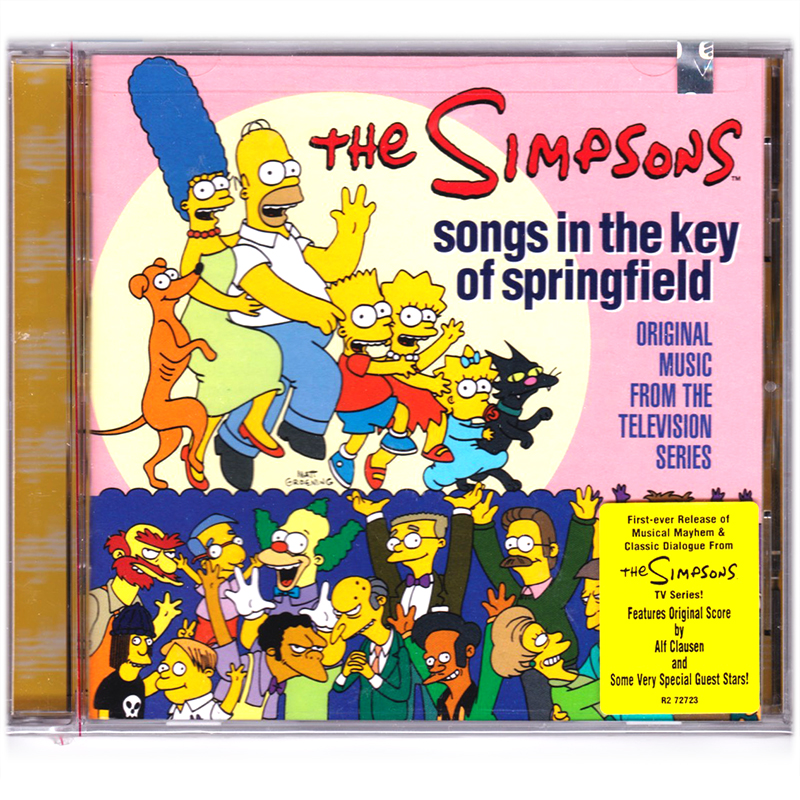 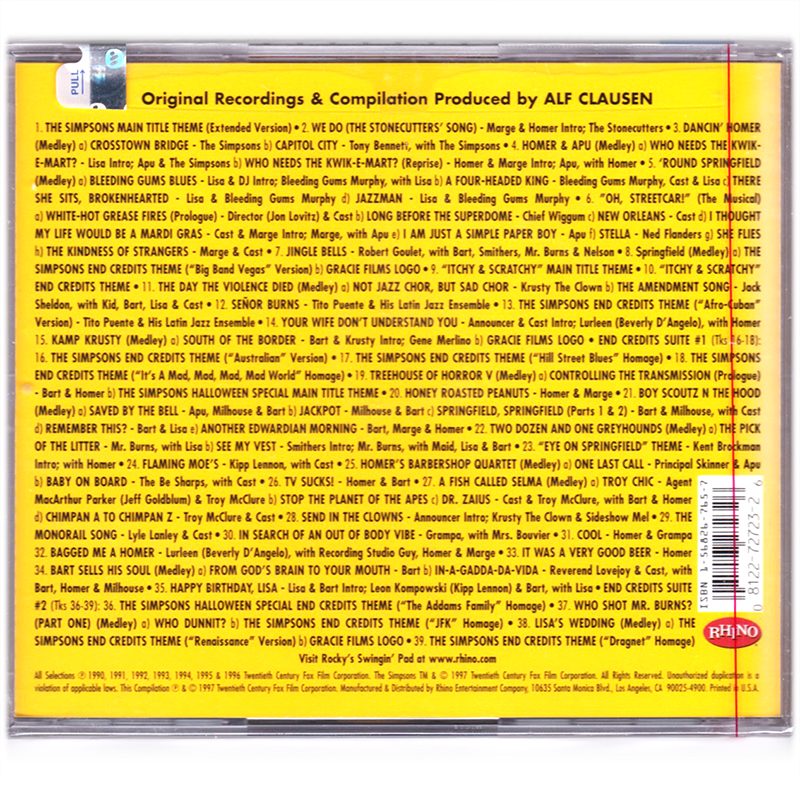 The Simpsons - Songs In The Key Of Springfield (US CD album)

"Songs in the Key of Springfield" is a soundtrack/novelty album from The Simpsons compiling many of the musical numbers from the series. The album was released in the United States on March 18, 1997, and in the United Kingdom in June 1997. This was the second album released in association with the Simpsons television series; however, the previous release, "The Simpsons Sing the Blues", contained original recordings as opposed to songs featured in episodes of the series.