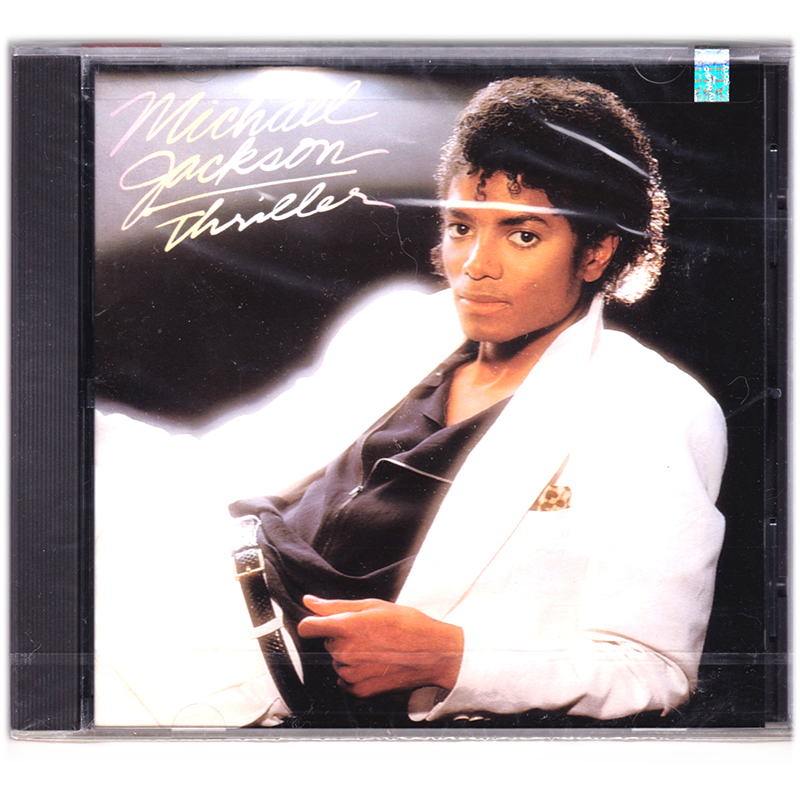 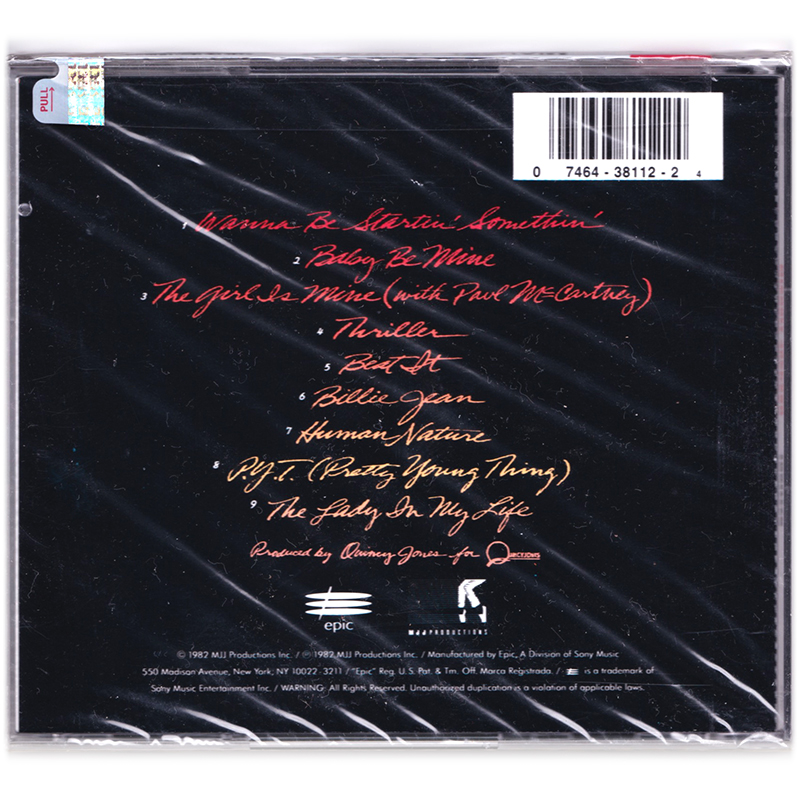 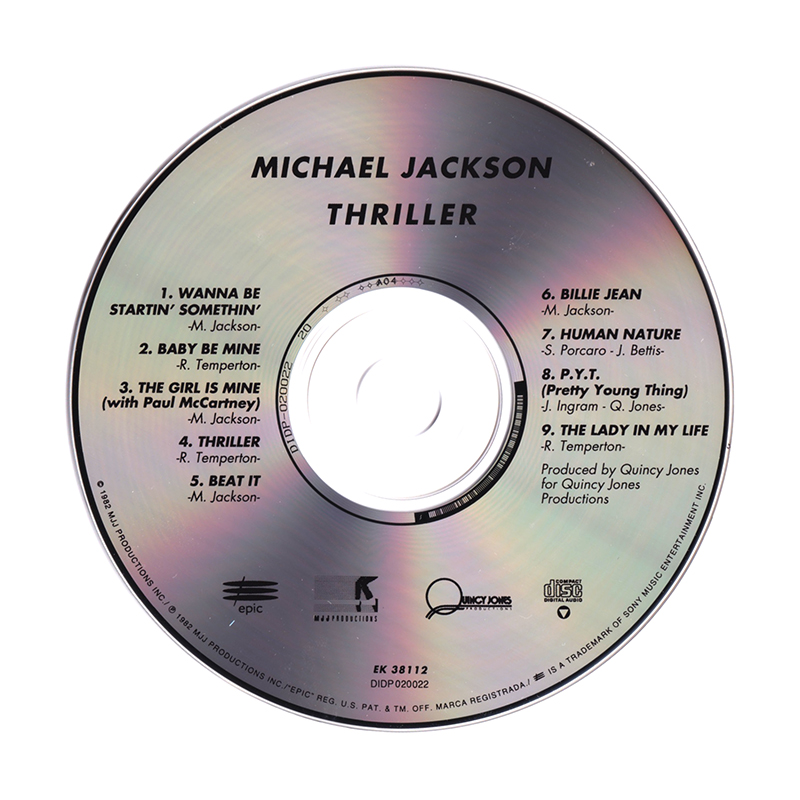 Thriller is the sixth studio album by Michael Jackson, released on November 30, 1982, in the United States by Epic Records and internationally by CBS Records. Reunited with Off the Wall (1979) producer Quincy Jones, Jackson was inspired to create an album where "every song was a killer". With the ongoing backlash against disco, Jackson moved in a different musical direction from the disco-heavy Off the Wall. Recording took place from April to November 1982 at Westlake Recording Studios in Los Angeles, with a production budget of $750,000. Thriller explores genres including pop, post-disco, rock and funk. Thriller peaked at number one on the Billboard 200. It produced seven singles: "The Girl Is Mine", "Billie Jean", "Beat It", "Wanna Be Startin' Somethin' ", "Human Nature", "P.Y.T. (Pretty Young Thing)", and "Thriller". All the singles reached the top 10 on the Billboard Hot 100 chart, breaking the record for most top 10 singles from an album, with "Beat It" and "Billie Jean" reaching number one on the chart.

By the end of 1983, Thriller became the world's best-selling album, having sold 32 million copies. It was the best-selling album worldwide of 1983 and 1984, and was also the best-selling album in the United States in 1983 and 1984, making it the first album to be the country's best-selling for two years. It spent a record 37 weeks at number one on the Billboard 200, from February 26, 1983 to April 14, 1984, and has spent 392 weeks on the chart and counting. The album was one of the first to use music videos as successful promotional tools, and the videos for the songs "Billie Jean" and "Beat It" and the short film Michael Jackson's Thriller all received regular rotation on MTV and are credited for transforming music videos into a serious art form, with the latter also popularizing short films in the music industry. Thriller's success set the standard for the music industry as it's songs, music videos and promotion strategies influenced artists, record labels, producers, marketers and choreographers.