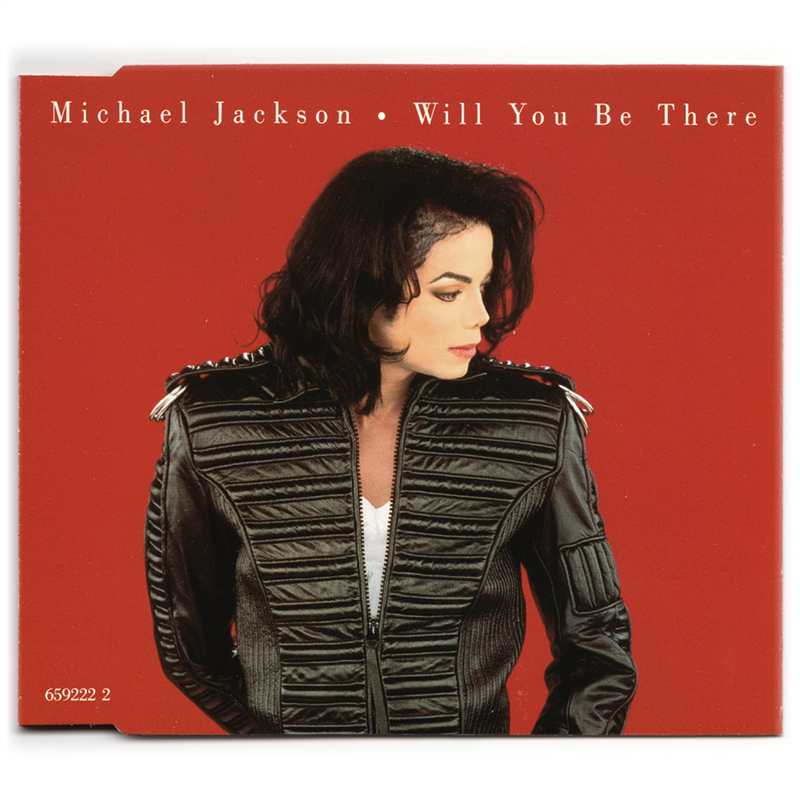 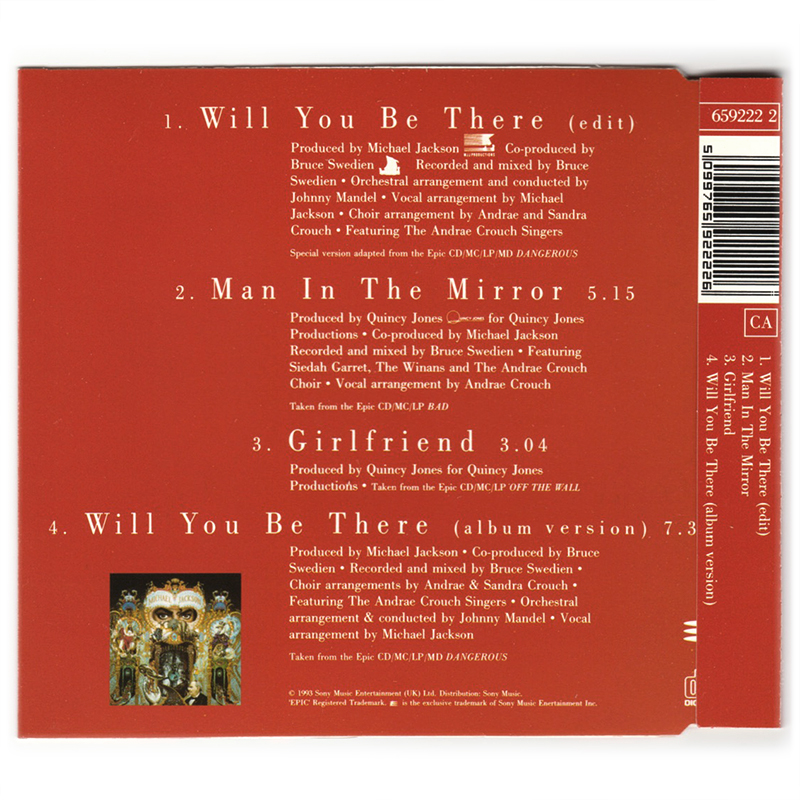 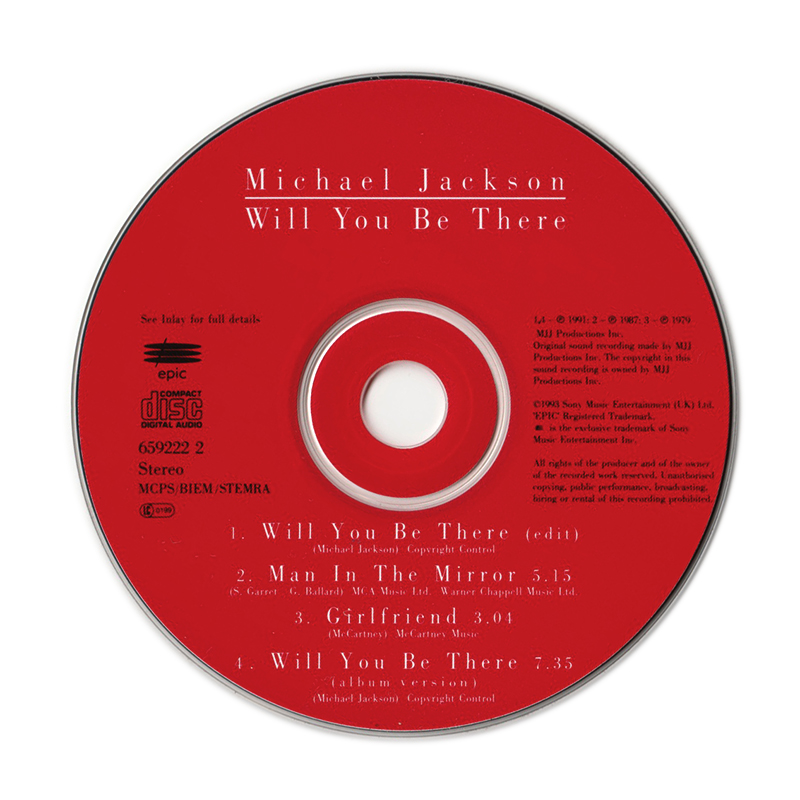 Will You Be There (Euro CD single)

"Will You Be There" was released as a single on June 28, 1993. The song is the eighth single from the 1991 album Dangerous. The song gained recognition for its appearance on the soundtrack to the film Free Willy (1993), under the title "Will You Be There (Theme from Free Willy)", of which it is the main theme, and was also included in the album All Time Greatest Movie Songs and video game Michael Jackson: The Experience. With the album version clocking in at seven minutes and forty seconds, it is the longest song in Michael Jackson's solo discography. "Will You Be There" became yet another successful single from Dangerous, peaking at number seven on the Billboard Hot 100, selling 1,000,000 copies and earning a platinum certification. Outside of the United States, "Will You Be There" peaked within the top ten of the charts in Belgium, Canada, the Netherlands, New Zealand, the Republic of Ireland, Switzerland, and the United Kingdom.